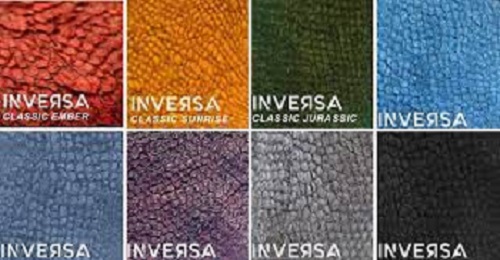 As with the Lionfish that has no natural predators in Atlantic and Caribbean waters and preys on local species and degrades coral reefs, the Dragonfin was also introduced from Asia and was used to clean and manage aquatic ponds in the US.

In the 1990’s during flooding, the Dragonfin escaped and reached the Mississippi River. The result has been that the Dragonfin is endangering native species and damaging water quality by killing off organisms in the fluvial environment.

Inversa Leather maintains that by hunting and capturing invasive species and using their skin to make exotic leather, they are contributing to preserving the environment.

In the case of the Dragonfin, the company claims that it will help save 150 endangered species that inhabit the river and indirectly protect the economy that depends on the Mississippi River itself.