Brazilian fashion designer Walter Rodrigues, who works as a consultant with the organisers of the Inspiramais event, said at the July edition of the event that one of its greatest successes has been to encourage a spirit of partnership and cooperation among different industry bodies, writes Leatherbiz. 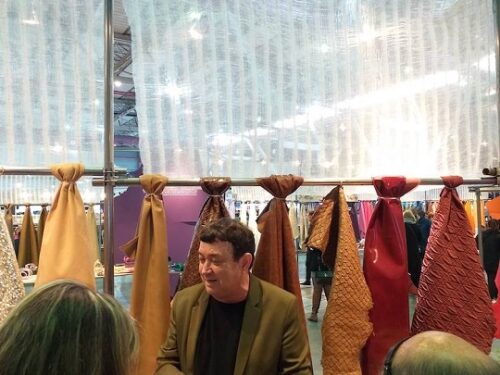 Inspiramais, which ran on July 19 and 20 in Porto Alegre, is organised by the Brazilian footwear components industry body Assintecal, along with its counterparts in tanning, CICB, apparel manufacturing, Abit, furniture, Abimóvel, and export promotions agency, ApexBrasil.

He explained that Brazilian finished products companies’ desire to increase the quality of their products has led to closer collaboration among tanners, footwear companies and furniture manufacturers, to help make products with higher levels of design and innovation.

He went on to say that he thought design could also be the key to making sustainability “an integral part” of what companies in these sectors produce.

Sustainability was one of the key topics in a series of energetic trends presentations that Walter Rodrigues gave at Inspiramais, but he said he would be happy when people in the industry stop talking about sustainability, saying that ceasing to talk about it would be an indication that sustainability was built into manufacturing processes and finished products.