APLF to Organise a Special Edition in Bangkok, Thailand

The organisers announced that a special edition of APLF ASEAN will be hosted in Bangkok, Thailand, from 19 – 21 October 2022 at the new Queen Sirikit National Convention Center (QSNCC).

Since 2019, when APLF was last held in Hong Kong, face-to-face access to buyers from China and Southeast Asia has been limited due to travel and quarantine restrictions for international travellers. Now, however, the ten-nation ASEAN bloc has re-opened for business and with Bangkok at its commercial hub, the city will be the restart point to welcome back Asia-Pacific (APAC) buyers.

It is with this background in mind that leading leather producing country associations, exhibitors and partners of APLF requested an event to be held in Southeast Asia this year 2022. It is paramount for business to reopen links with buyers from this region who had not been seen in person since APLF 2019.

APLF ASEAN will be in a 3-in-1 format combining Leather, Materials+ and Fashion Access, where more than 300 exhibitors from around the world are expected to gather in Halls 1-2 of QSNCC, covering around 11,500 square meters. It is among the first events to be held in QSNCC, a world-class exhibition centre situated in downtown Bangkok, and about to be in service starting September 2022. 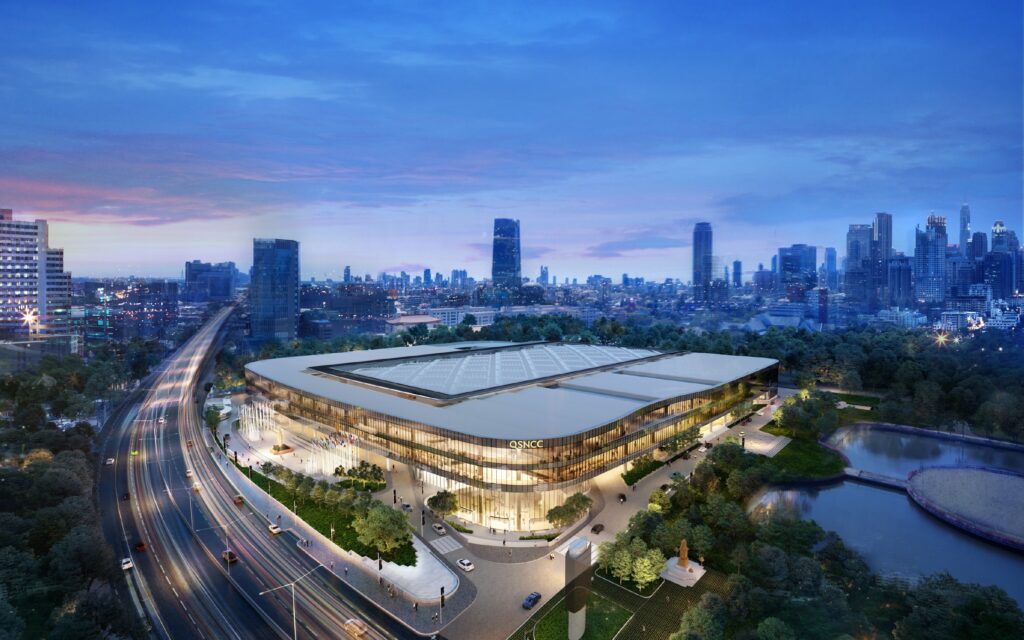 Participants may look forward to the unique MEET exhibition format, namely Matching, Education, Experience and Tradeshow. The trade show will integrate with fashion and educational events so as to be a completely rounded experience for buyers and exhibitors.

Education – A variety of conferences, workshops and seminars are designed for different types of audiences.

Tradeshow – Worldwide exhibitors will gather in a new venue, showcasing their latest collections and technologies.

The enthusiasm generated by APLF ASEAN in Bangkok has secured the active support of two of ASEAN’s leading tanning and footwear associations – namely the Vietnam Leather, Footwear and Handbag Association (LEFASO) and the Thai Tanning Industry association (TTIA).

“APLF ASEAN in Bangkok opens up an outstanding sourcing opportunity for leather and materials for regional manufacturers. Apart from being the leader in footwear and leather goods manufacturing in the region, Vietnam is one of the world’s biggest importing country of leather and raw materials due to our robust manufacturing industries. LEFASO and our members are looking forward to support and participate at APLF ASEAN,” stated Phan Thi Thanh Xuan, Vice Chairwoman and General Secretary of the Vietnam Leather and Footwear Association (LEFASO).

“The Thai Tanning Industry Association (TTIA) is delighted to welcome APLF to Thailand’s capital city, Bangkok, to hold a special ASEAN edition of APLF in October this year. Bangkok is located at the heart of the ten ASEAN countries and, as such, will be a highly convenient city for a prestigious event like APLF. In addition, the international exhibitors and buyers expected to attend APLF ASEAN will be able to gain firsthand experience and knowledge of what the TTIA and its members have to offer in terms of products and expertise from its leather sector,” stated Suwatchai Wongcharoensin, President of Thai Tanning Industry Association.

ASEAN as the third largest economy in Asia

ASEAN is a fast-expanding trade bloc consisting of 10 member states, namely: Brunei, Cambodia, Indonesia, Laos, Malaysia, Myanmar, the Philippines, Singapore, Thailand and Vietnam. The bloc is the third largest economy in Asia after China and Japan, with a population of 660 million and total GDP growth at 5.5% in 2022, as forecast by the IMF.

ASEAN as a transaction hub for leather industry

ASEAN countries together create a strong transaction hub of leather and leather goods. The top-class leather community accounts for over 2.5B USD import of raw hides, skins, leather – a number closely equivalent to China; and over 0.3B USD export of leather goods including footwear, travel goods and handbags.

Among the member states, Thailand has been a blossoming tourist spot with proximity to core leather manufacturing countries in ASEAN, such as Cambodia, Malaysia, the Philippines, and Vietnam, which are within 1 hour to 3.5 hours flight.

Start a new page in Bangkok

APLF ASEAN is the first opportunity to meet buyers from Southeast Asia, face-to-face, since the beginning of the pandemic in early 2020. International suppliers of raw materials, semi-finished and finished leather, tannery chemicals as well as footwear, leather goods and all types of fashion accessories will rekindle and strengthen their business ties in this important economic region of Asia.

With restricted access to international suppliers for more than three years, the organisers of APLF ASEAN are confident that buyers from the regions will grasp the opportunity to visit the professional business platform offered by APLF in Bangkok, and in this way fulfill their sourcing requirements by meeting known and new suppliers.

“This special edition is made to reunite the international exhibitors and APAC buyers. While APLF Dubai in March was supported by many Middle East and North African countries, we look forward to seeing more Southeast Asian buyers this time. A bit different from what we have had before, APLF ASEAN is not merely a tradeshow, but also combining matching, education and experiential elements.” stated David Bondi, Director of APLF and Senior Vice President at Informa Markets Asia.