Since February, the price of footwear has been steadily increasing according to reports by the Nicaraguan Chamber of Leather and Footwear (Cancunic). At the beginning of the year prices rose by 40% and another similar increase is in the pipeline, which would result in an 80% retail price increase for a pair of leather shoes. 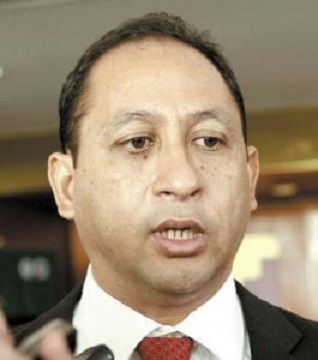 Alejandro Delgado, president of the Nicaraguan Chamber of Leather and Footwear (Cancunic).

According to the shoe manufacturers, the reason for this jump in prices is that the only three companies that sell leather are cutting back on production. Alejandro Delgado, president of Cancunic said, “at first hides were scarce and the sellers were colluding…..and now they came back with a price that is far too high.”

“The jump in raw material prices has been passed on to the footwear buyers” added Delgado.

The shortage of leather has generated a reduction in both local sales and exports, which are no longer competitive in the Costa Rican and Panama market. It is hoped that the shortage could be solved by the end of August or September.

Local footwear manufacturers lobbied Cancunic to call a strike, but Delgado opted for dialogue with the leather suppliers and the government at this juncture.

In the meantime, he has been in contact with Mexican suppliers of leather to help solve the shortage and combat sky-high prices. The plan is to have a strategic alliance with the Mexicans so that the footwear sector can get back to some semblance of normality and prevent losses from mounting.