ILM Deputy Editor Tom Hogarth asks whether there is a way for a global industry such as leather to overcome cultural barriers that can hinder our progress.

In California at the moment, there is an ongoing conflict between the Australian kangaroo industry, which wants to promote the export of kangaroo meat and hides, and activists who oppose the use of these resources in the U.S. marketplace. 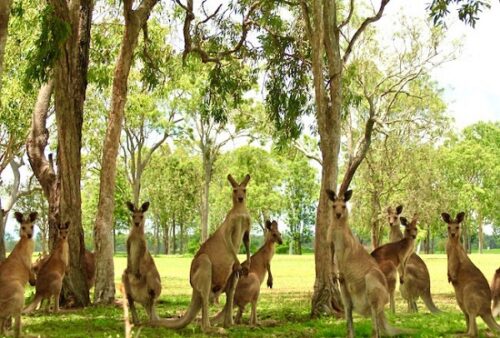 Inherently, I think this comes down to a cultural misunderstanding. Leather is a truly global industry and despite how much the world feels connected on a global scale in 2022, there are norms which can seem very out of place in another country, leading to situations such as groups moving for a ban of kangaroo products in the U.S.

A similar situation around kangaroo meat and leather is evolving in Europe, where detractors have called the products and industry “controversial”. However, is the kangaroo industry controversial because it is immoral or unethical or because it does not match up with cultural norms in the U.S. and Europe where there are no native kangaroos?

In a comment earlier this year, Industry Consultant Catherine Money addressed the flawed thinking of animal activists working against the kangaroo industry. She explained that culling of the eastern grey kangaroo is scientifically justifiable as a management action and kangaroo harvesting is a production system more attuned to Australia’s fragile arid rangelands than European style agriculture.

She said: “The kangaroo harvest is strictly controlled by the Australian government and its Kangaroo Management Program ensures that the harvest is both sustainable and humane. After over 50 years of regulated commercial harvesting, kangaroo populations remain the same as the long run average and are certainly more abundant than they were before European settlement.”

Some acknowledgements must be given to animal welfare and vegan activists who operate on the position of zero animal deaths and zero consumption of animal products, however unrealistic that is in reality. But for both those who choose to target the kangaroo industry over the cattle industry, for example, the situation seems a little absurd.

Why, for instance, would some attack the kangaroo industry while harvesting of invasive lionfish is praised? The latter runs contrary to most arguments against exotic leather and shows a clear example where fishing, meat processing and leather production can be a purely positive driver for the environment.

Much as it would for bovine hides, eliminating exports of kangaroo leather would result a more detrimental effect for the environment rather than the improvement activists have convinced themselves of. While they congratulated themselves for their win on the other side of the world, Australian farmers would continue to cull kangaroos and meat and leather would go to waste.

Indeed, in many ways the kangaroo industry is a far better alternative to cattle in Australia. Not only are the leathers some of the most durable and lightweight around, with a fine grain ideally suited for the fashion industry, but kangaroos produce less methane and require less transport than the ruminant alternative in the cattle industry.

Leading organisations agree. Money explained in her comment that The Royal Society for the Prevention of Cruelty to Animals (RSPCA) independently monitored the kangaroo harvest and has suggested that kangaroo harvesting could be one of the most humane slaughter methods possible, while the Australian Veterinary Association (AVA) believes that the Australian kangaroo population is a unique and valuable resource and that harvesting is a legitimate and humane use of that resource.

As Money says: “Farmers have few options to reduce the contribution that livestock make to GHG production but using kangaroos to produce low-emission meat (and leather as a by-product) is an option for the Australian rangelands for the long-term benefit of both humans and kangaroos.”

I wonder if activists would not react in a similar way if Nigeria began exporting or promoting pomo, a foodstuff created by processing bovine hides and a cheaper alternative to beef. It would be an interesting solution to preventing hides from ending up in landfill and operates alongside the production of leather.

Disregarding the tenuous geopolitical situation, we live in an increasingly globalised world, almost entirely connected by technology at almost all times. Why then, are we still so insistent on fearing cultural norms we do not understand? Perhaps if we want to unite the world, then we should start by opening our minds to the realities of life in the rest of the world. I’m sure our very global leather industry would benefit.